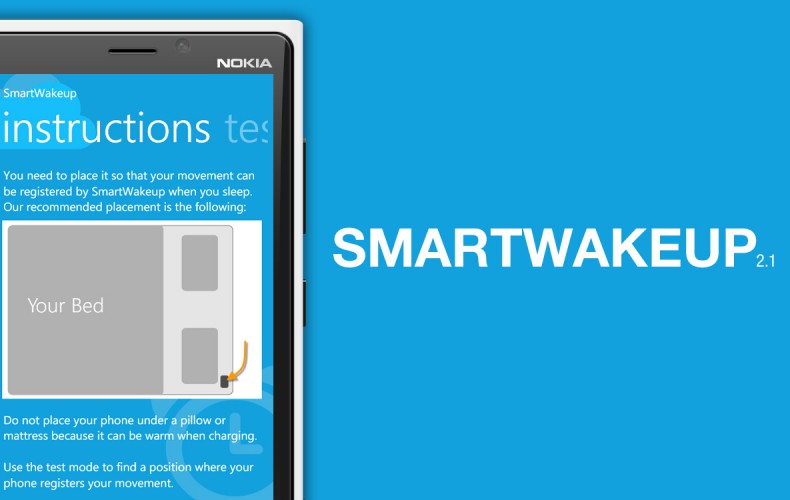 Today SmartWakeup received some new updates and is now available for download in the Windows Phone Store. The app helps you to wake up well rested in the morning. Therefore, SmartWakeup uses the accelerometer to collect your movements through the night and correlates these values with your sleep phases.

Some users reported an unexpected error during the startup of the app. This issue strongly correlates to invalid files in the user’s music library as SmartWakeup loads these files for wake up sounds. This issue has been solved, so that SmartWakeup can now be used on every device.

SmartWakeup offered a file sending service so that you can send you sleep data to your email address. Since the Windows Phone platform does not allow sending emails with attachments programmatically, we firstly used a privatly hosted web service as a forwarding service for sleep data. Since some users were experiencing problems, we switched to a third party control in the app which allows sending emails with attachments directly from the phone. You can now send your sleep data more reliable.

The email address which is used for sending sleep reports is now saved so that you only have to type it once and use it for every upcoming sleep report.